In Richard Gilman Olpasky’s Communism of Love: The Poverty of Exchange Value, Olpasky explores the fact that love reveals the limits of capitalism and the ill-fated foundations of human relationships in contemporary life, largely because exchange relations navigate the majority of human life. Furthermore, capitalist culture’s production of government influence and regulation, workplace micropolitics, and the broken nuclear family have all created ever evolving systems of managing love by transforming it into false forms that can be easily commodified or administered to. Many theorists from different schools of thought have come to the same conclusion regarding love’s direct binary opposition to capitalism, and it has informed their work in wide-ranging disciplines. Julie Kristeva has contended that psychoanalysis is a liberatory tool with the primary purpose of love:

“For what is psychoanalysis if not an infinite quest for rebirths through the experience of love, which is begun again only to be displaced, renewed, and, if not abreacted, at least collected and set up at the heart of the analysand’s ulterior life as an auspicious condition for his personal renewal, his non-death?” 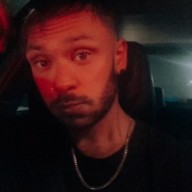 A writer, producer, and musician from San Francisco, PJ Zettle serves as publisher for Sunflower Station Press. He performs under the name DJ Ghosting. His novel "Terrible People" will be out in 2022.

On Absence and Distance

I used to research the story of every great man I admired.

“The Garden” by @elyse_runkle is an excerpt fr

Los Angeles! Join us for another evening of readin

We are thrilled to announce the first edition of S